Asia as a New Born

When Asia was born I was so in love! I just remember loving her so much-she was a angel, you could tell. Nothing was went wrong with the pregnancy or delivery. She was past due but no complications. She was a beautiful little girl. Most of the new born screenings went great-there were a couple oddities. Something minor was she had a couple of odd skin patches right about her lip-almost looked like 2 hearts. These were tested and were nothing to worry about.  On her backside-where the tailbone is, she had a little hole. Almost like she didn't seal up all the way. The other concern was her hearing tests. They could not pass her on one ear. They claimed that is was probably liquid that still needed to clear out and I would have to come back for a re-test, not a big deal. She was a little jaundice but, relaxing in the sun a bit kept her from having light treatment. Her tongue was tied down-something she did have clipped later on. She ate really well. Now, to think back on it-she ate surprisingly well with her muscle weakness.

We continued the hearing tests. Somewhat of a sore subject for me. We went in numerous times and for one reason or another they could never get the test done. Problems with equipment, problems with her holding still etc etc. Nonetheless, they could never get a reading off of what I remember from her "left" ear. So these tests went on, and on....more on this later.

After 3 1/2 months...I used to take her shopping and people would tell me she was they cutest thing they ever saw (because she was so big).

When I look at photos of her now I never remember her looking this "fat". I inquired with Dr's about the weight and there was no concern. They felt she was a good eater.  I was breastfeeding and they told me I had "rich" milk. We didn't see the signs of her muscle problems.

4months...No, she never actually "blew" up. It looked like she was going to. 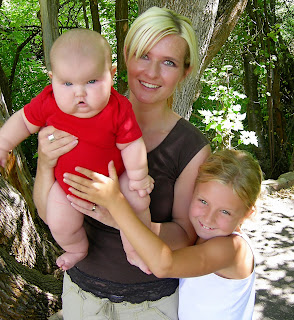 My brother asked me if "something was wrong" with her and I thought what are you talking about? I didn't see it.

Posted by Season Atwater at 8:47 PM