*We have see a lot of support today-thank you!! We can slow down on the emails and contacting your local representative would be the next step-thank you again!!*

In Utah, the Cannabis Extract bill will go to vote soon. Now is the time to help! 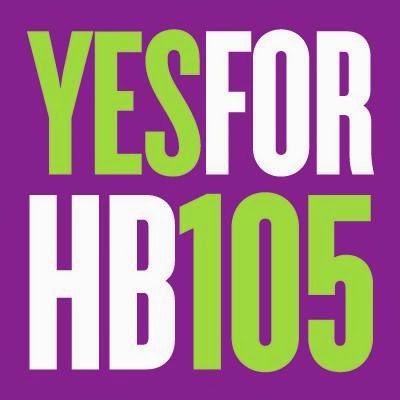 The bill would support anyone, any age, that wanted this extract. It would help to read many/all of the family stories on this website but, there are so many more that could benefit. Here is a copy of what I wrote for Asia and reasons why we want to try Cannabis Extract.   link here: http://hope4childrenwithepilepsy.com/


When my daughter (Asia) was two years old, we could see that she was developmentally delayed. She never crawled as a baby, was a late “walker”, and had delays with her fine and gross motor skills. Speech was slow but she did have a few words like “hat”, and would wave and say “hi” to everyone. We were already preparing for speech and physical therapies as well as early intervention preschool. We were told that she may have some hearing loss and we were prepared to start using hearing aids and possibly another form of communication like sign language. With all of this, nothing prepared us for the battle of epilepsy.
I remember it like yesterday, my nanny calling me at work in the afternoon saying “Asia is throwing up blood; I don’t know what’s wrong!” Taking her to the ER and them telling me they could not find anything wrong with her. We did not know what was wrong until the following night. We had Asia sleeping next to us because she never looked well after that ER visit. That is when we experienced our first Grand-mal seizure. Nothing can prepare you for this. We realized that night- that the day before she had experienced another Grand-mal and had bitten her tongue, which bled very badly and caused her to throw up. It still breaks my heart today knowing she experienced this without me there to comfort her. Shortly after she started receiving prescription medication for seizures.
Medication stopped the Grand-mal seizures but she then continued having many other types. Next were the Atonic or drop seizures. She could collapse at any given moment, hitting her face on furniture or the floor. If you study Asia’s face you can see the scars that these seizures have left on her eyebrow, bridge of her nose, her chin where she has bitten through her lip. These unpredictable and terrible seizures gave us another type of medication. She continued with many other types of seizures: Simple Motor, Tonic, Clonic, Atonic, Myoclonic and Absence. A stay in the hospital with non-stop seizing for a entire week-where she stopped eating and drinking got us yet another type of medication. I remember being shocked at the size of the vile filled with medicine that was being put into her tiny body. Wondering what types of side effects she may have and what could it be doing to prevent her brain and body from developing properly? We have tried many other therapies including diets, vitamins, and holistic therapies. With all of this medication and the many changes in dosage-Asia’s seizures have not stopped. She continues to have them, mostly Absence right now.
I remembered teaching Asia the word “purple”. It was a stay in the hospital for a sleep study and her bandages were purple. She could repeat it several times. I have not heard her say that word in years. In fact, she only has a handful of words and is mostly non-verbal. She has lost language learned and skills that she had acquired when she was very little. She seems to be functioning at the same age level as my 18 month old. Asia has a rare chromosome disorder called 2q23.1 microdeletion syndrome. This diagnoses we received last winter. With this diagnoses we know from research that she may have developmental delays along with a whole list of symptoms. I do know however, when comparing Asia to some of these other children with 2q23.1-many of them have skills Asia does not have like speech. So where do Asia’s lack of skills come from? Is it from her disorder? Is it caused by seizures that may keep her from retaining information or is it side effects from prescription medications?
At the end of it all, I want to say I did the best I could do. I want to give Asia the best life I can give her. When your child is having a seizure you feel so helpless, there is nothing that can be done to help them. I want to help in any way I can. I want the chance to give Asia a supplement that may stop her seizures and may have virtually no side effects. If I could eliminate these two obstacles-seizures and prescriptions, I could focus only on how to best help her with her syndrome. Maybe she would be “teachable” again. Please allow us access to cannabis extract. The cannabis derived supplement that could stop Asia’s seizures along with countless others.