March 26, 2013 is "Purple Day". A global event for epilepsy awareness.
Asia has suffered from seizures since she was two years old and there are many like her. People are affected all over the world with this for many different reasons. There is little known about the causes of seizures and how to treat them. Many of the treatments are trial and error and this usually takes a very long time. With Asia, it has been hard to get her seizures under control. We have tried a combination of medications and different dosages, she has had a good couple of months-it's been 5years:) Even once under control- Dr's still don't know the cause. More funding and research is needed to help people suffering from seizures. 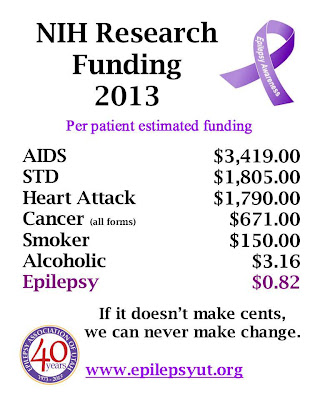 Asia has lost so much from her seizures-I was actually studying her face yesterday and you can see the scars on her nose, chin and above her eyebrow from where she has hit her face when falling from a seizure attack-not only are her "normal" daily activities interrupted, she is in physical danger and she loses memories as well. Here are a few stats from the epilepsy foundation. http://www.epilepsyfoundation.org/aboutepilepsy/whatisepilepsy/statistics.cfm

The basic, underlying risk of developing epilepsy is about one percent. Individuals in certain populations are at higher risk. For example, it is estimated that epilepsy can be expected to develop in: 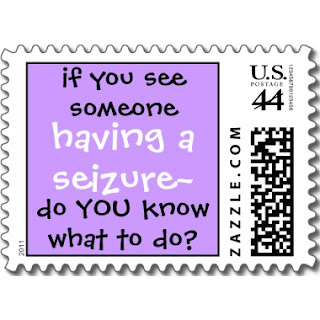 
Consider a seizure an emergency and call 911 if any of the following occurs:

http://www.cdc.gov/epilepsy/basics/first_aid.htm
Posted by Season Atwater at 11:17 AM