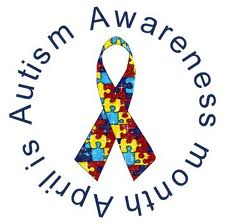 April is Autism Awareness Month and even though Asia is not diagnosed as "Autistic" her disorder is in the Autistic Spectrum. I also have many friends and family members effected by this disorder and I want to share the awareness. I quite often see characteristics between Asia's behavior and that of a Autistic child. I actually brought Asia to a Dr. before we had her diagnoses to have her evaluated for Autism. Even though she is very social, her mannerisms to me felt like they fell in this category and the condition can run from mild to severe. The psychiatrist who evaluated her said she couldn't do anything until her seizures were under control. A real waste of time:) Who knew a couple months later we would have this diagnoses.

Asia's repetitive behavior and Autism: She very much falls into these descriptions.

Stereotypy-is a repetitive movement such as hand flapping, body rocking.
Sameness-resistance to change; for example insisting that the furniture not be moved or refusing to be interrupted
Ritualistic Behavior-involves an unvarying pattern of daily activities, such as an unchanging menu or a dressing ritual
Restricted behavior-is limited in focus, interest, or activity, such as preoccupation with a single television program, toy or game
Self-injury-includes movements that can injure or can injure herself such as hand biting 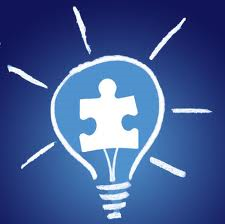 Sensory abnormalities are found in over 90% of those with autism, and are considered core features by some,[40] although there is no good evidence that sensory symptoms differentiate autism from other developmental disorders.[41] Differences are greater for under-responsivity (for example, walking into things) than for over-responsivity (for example, distress from loud noises) or for sensation seeking (for example, rhythmic movements).[42] An estimated 60%–80% of autistic people have motor signs that include poor muscle tone, poor motor planning, and toe walking;[40] deficits in motor coordination are pervasive across ASD and are greater in autism proper.[43]
Unusual eating behavior occurs in about three-quarters of children with ASD, to the extent that it was formerly a diagnostic indicator. Selectivity is the most common problem, although eating rituals and food refusal also occur;[29] this does not appear to result in malnutrition. Although some children with autism also have gastrointestinal (GI) symptoms, there is a lack of published rigorous data to support the theory that autistic children have more or different GI symptoms than usual;[44] studies report conflicting results, and the relationship between GI problems and ASD is unclear.[45]  (sited from wikipedia)
http://en.wikipedia.org/wiki/Autism 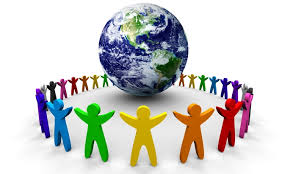 I have mentioned before that I thought Asia had difficulty in loud rooms or "situations". Today I had a experience where it was very noticeable that Asia was under distress from loud noise. We thought we would try a movie. She has been SO good (unusually good) that last few days and thought we could handle it. As soon as the previews started she got a very distressed look on her face (almost like she was in pain) and started ripping my hair out. The movie was actually pretty loud and when the character in the movie would blow a horn she would flip out even more. Yes, I had to take her out and spend a hour waiting for the rest of my family but, I just proved my own theory to myself. She was so happy outside of the theatre. I didn't know this until today but, you can get headphones at the theatre and adjust the sound of the movie. They would block out some of the sound and then could be turn down really low. The staff was so great to try and help me out in any way they could. She wouldn't go for the headphones today but, I may try that again someday and introduce them to her before the movie starts.


Wear blue on April 2, 2013 -It is Light it up Blue, World Autism Awareness Day.
Shine a light on Autism.